Performance Given by Moranbong Band to Celebrate War Victory Day

Kim Jong Un Enjoys Performance of Moranbong Band
Pyongyang, July 30 (KCNA) - Marshal Kim Jong Un, first secretary of the Workers' Party of Korea, first chairman of the National Defence Commission of the DPRK and supreme commander of the Korean People's Army, enjoyed a performance given by the Moranbong Band to celebrate the 59th anniversary of the victory in the Fatherland Liberation War.
Kim Jong Un together with his wife Ri Sol Ju appeared in the auditorium.
The performance, which began with the playing of Patriotic Song, was given, divided into two parts--the historic process of the Fatherland Liberation War and joy of the war victory day.
Put on the stage amid the display of fireworks were colorful numbers such as light music and song "July 27, Our Victory-Day", light music pieces "Star of General", "To Decisive Battle" and "Advance and Advance", female solo and pangchang "Song of Soldier", female vocal duet "My Life", female vocal trio "My Life and the Country", female vocal sextet "Echo of War Victory", light music and song "Are We Living Like in Those Days?", light music "The Country Will Always Remember", light music and song "Victors", female vocal sextet "Masters of This Land Tell", light music "Look at Us" and female vocal sextet "We Sing of the Party".
The performers impressively showed that the war victory is the fruition of the Juche-oriented military idea, outstanding strategy and tactics and rare commanding art of President Kim Il Sung and the proud victory of the might of unity and cohesion of the army and people of the DPRK closely united around the party and the leader and their indomitable mental power.
Through the female vocal sextet "War Song of the Chinese People's Volunteers" and theme song of Chinese TV Series "Mao Anying", the performers gave a good artistic representation of the historic fact that armies and peoples of the two countries fought against the imperialists, their common enemy, at the cost of their lives.
The performers also perfectly played world famous songs including light music pieces "Chardash" and "Song of Gypsy".
The audience gave ardent response whenever 11 performers and six singers showed genuine music world with high artistic skills.
When the female vocal sextet "Our Beloved Leader" resounded with the image of tender-hearted Marshal Kim Jong Un taking care of the big family of the country and giving it happiness projected against the backdrop, the audience stood to give stormy applause.
Kim Jong Un gave congratulations to the successful performance, waving back to the enthusiastically cheering performers and audience.
Present to see the performance were Choe Ryong Hae, Kim Kyong Hui, Jang Song Thaek, Pak To Chun, Kim Yong Chun, Kim Ki Nam, Choe Thae Bok, Kim Yang Gon, Kim Phyong Hae, Kwak Pom Gi, Mun Kyong Dok, delegates of war veterans to the celebrations of the war victory day, artistes and university students in Pyongyang.
Copyright (C) KOREA NEWS SERVICE(KNS) All Rights Reserved

Olympics: a celebration of globalized conformity to vulture capitalism

“The Olympics have turned away from de Coubertin’s belief in universalism and toward vulture capitalism, as exemplified by the London Olympic opening ceremony guest Mitt Romney, and corporate-sponsored athleticism.” Wayne Madsen
Full article: http://www.presstv.ir/detail/2012/07/30/253450/olympics-mirror-vulture-capitalism

Pyongyang, July 26 (KCNA) - A performance of the Song and Dance Ensemble of the Korean People's Internal Security Forces (KPISF) was given with splendor at Ponghwa Art Theatre in Pyongyang on Thursday to celebrate the 59th anniversary of the victory in the Fatherland Liberation War.

Marshal Kim Jong Un, first secretary of the Workers' Party of Korea, first chairman of the DPRK National Defence Commission and supreme commander of the Korean People's Army, enjoyed the performance.
When Kim Jong Un, together with his wife Ri Sol Ju, appeared at the auditorium, stormy cheers of "Hurrah!" burst forth.
He waved back to the audience and warmly congratulated them on the war victory day.
Appreciating the performance were Korean People's Army Vice Marshal Hyon Yong Chol, vice-chairman of the Central Military Commission of the Workers' Party of Korea and chief of the General Staff of the KPA; Kim Kyong Hui, secretary of the WPK Central Committee, Jang Song Thaek, vice-chairman of the National Defence Commission, Department Director Kim Yong Chun and Secretary Kim Ki Nam of the WPK Central Committee, who are Politburo members of the WPK Central Committee; Secretaries Kim Yang Gon, Kim Yong Il, Kim Phyong Hae and Mun Kyong Dok who are alternate Politburo members of the WPK Central Committee; Ri Pyong Sam, director of the KPISF Political Department who is an alternate Politburo member of the WPK Central Committee; party and army officials and KPISF service personnel. The performance began with narration and music "Our Victory Day July 27".Put on the stage were colorful numbers including chorus "Long Live Generalissimo Kim Il Sung," male duet and chorus "Victors," male guitar quartet ensemble "Song of Soldier," female sextet "My Dear Has Become Hero" and accordion quartet "We Will As Ever Defend Seas of the Country". The performers sang of the undying feats of Kim Il Sung who wrought miracles of history by defeating the most atrocious U.S. imperialists in the war. Oral narration "Promise," female solo "He Has Come with President's Love" and other pieces represent boundless reverence for Generalissimo Kim Jong Il, who developed the Korean People's Army into an elite army and turned the DPRK into an invincible politico-ideological and military power with his unique Songun politics in the worst adversity to glorify the July 27 victory day. Dialogue poem "Smile a Broad Smile" and mixed duet and chorus "For Posterity" and other numbers dealing with honor and pride of holding in high esteem Marshal Kim Jong Un, a peerlessly illustrious commander of Songun, who is bringing earlier the final victory of a thriving Korea with noble outlook on posterity and future were acclaimed by the audience. He expressed great satisfaction over the excellent performance vibrant with the revolutionary zeal and stamina of the vanguard of the Songun revolution.He mounted the stage to give congratulations on the successful performance, waving back to the enthusiastically cheering performers and audience.He expressed expectation and conviction that they would share the idea, will, breath and destiny with the leader and take the lead in the defence of the leader, social system and people. He had a photo session with all the participants.

And this is Riss with a fish!

"only their Apa can make his shin count as being on his lap."

Pyongyang, July 25 (KCNA) - "Achim" (morning), a PAD for education manufactured by the Electronics Development Company in the Democratic People's Republic of Korea, is enjoying popularity among local students.
The seven-inch PAD weighs 300 grams. Its control system and applications programs can be displayed in any of Korean, English, Chinese and Russian languages. It operates more than five hours, once charged.
Users can get teaching materials, references, dictionaries and scientific data in this multi-functional PAD.
Ri Yong Suk, a teacher at Pyongyang Secondary School No. 1, told KCNA that the PAD is helpful to improving education and developing students' intellectual faculties 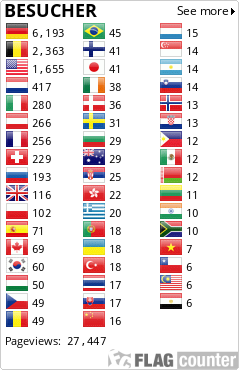 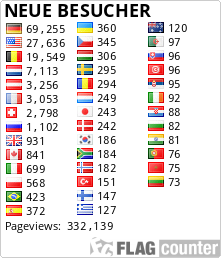